.. and profitable BUSINESS could be waiting for any guy (or gal) who will wake up and realize the MONEY that can be made rather easily, – where ever you live. Yes! Read on…..

I am in the Denver area and like all other areas, the auto traffic problem is producing two (2) very big business opportunities.

One – attorney business and number two (our interest here), SALVAGE METAL! With dozens of wrecks happening daily, the scrap/salvage metal piling up around “Auto Body Shops” is constantly growing and in the way. Think about it!  All that metal has to be moved out of the way some way and/or by some body (mabe by somebody with a pick-up TRUCK).

Salvage metal is a multi billion industry and you can choose/shop which metal buyer you want to use. Think about it!  Yes, you would need a truck and heavy gloves. Good start. Any additional equipment needed would be evident starting with day ONE.

Amazon! Where better than Amazon to buy additional hand tools, etc. The business would produce the capital for what ever you needed. Experience will show what you may need. Just checking under, “industrial metal cutters” will open the world to whatever you can think of that you neeed. And we all know that Amazon delivers and has good prices.  They even have some good credit information. Think about it!

One Who Did It…

I have written about this fellow before, but it is worth repeating. I met him at McDonalds and as usual, the guys there like to talk and be sociable. So eventually I found out that although he was “retired” he didn’t like to be called that and in fact he kept rather busy (when the weather was nice and/or he wanted some extra cash) . Interesting, I thought. He was in the “scrap metal” business! I knew he drove up in a ordinary pick-up, so his story began to make sense.  Some times there was some metal in his truck, – some times, not. He said that if he had 100 lbs. of scrap, – he would get $100 or more, depending type of metal, etc.. He started out “shopping” auto body shops but quickly found other businesses that had scrap metal junk they wanted to get rid of.

A year or so later, he told me that he was moving some place South to be near a son and he yes, he planned to continue his business because he could continue to make money, when he wanted to. Oh yes, – he had a NEW TRUCK! 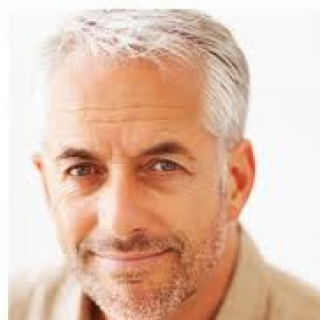 Thanks for dropping by and I hope you will find my information both useful and profitable. My background includes Insurance and Real Estate Brokering and early retirement (I will never actually "retire"). Now I promote only established, easy to learn and proven Extra Income opportunities for anyone who has the necessary Attitude to work and earn a very good income. This usually means starting part-time, while learning what is necessary to establish a growing, long term, INCOME (even while you sleep). Challenging, - Yes, but worth it. It all starts with the right "Mind Set" and tenacity!